WILL DEMOCRATS, INDEPENDENTS, AND PROGRESSIVES WAKE UP IN ARIZONA, BEFORE IT IS TOO LATE?

After 32 years as a red state, Arizona went blue in 1996. One of the main reasons was that Hispanics and Native Americans decided to participate because they were motivated by the notion that a similar bill like Prop 187 of California could be presented in Arizona by the State Legislature and signed by the governor. Many Hispanic and indigenous Americans had never voted before, but due to the possibility of having a law that would allow racial profiling motivated them to vote. After 32 years, President Bill Clinton was able to flip Arizona blue for the first time.

When the State Legislature voted on similar measures in 2006 and 2008, Democratic governor Janet Napolitano vetoed them. Exactly as many had predicted, SB1070, introduced by extreme-right Republicans in 2010, was passed by the Arizona legislature and signed into law by Republican Governor Jan Brewer. Martin Escobar, a Tucson cop, was the first to file a lawsuit against Arizona immigration law SB1070 because he said it violated numerous constitutional rights and would interfere with law enforcement predominantly in Hispanic areas. Sheriff Joe Arpaio of Maricopa County, Arizona, was one among many who supported and backed SB1070. When it comes to using racially insensitive language, Arpaio is well-known for his anti-immigrant policies. Many people are unaware that the Justice Department filed a lawsuit against him in May of 2012, and that lawsuit was partially settled by the Board of Supervisors of Maricopa County, which was 10 years ago today. Due to the MCSO’s refusal to comply with the court’s order to stop its racial profiling practices, he was found guilty of criminal contempt on July 31, 2017. However, former President Donald J. Trump pardoned Joe Arpaio on August 25, 2017, and he is now running for mayor of Fountain Hills, Arizona.

Hispanics are frequently the ones impacted the most by discrimination, but the truth is, that those situations are constantly ignored, and there are no substantive actions taken to stop it. On June 16, 2015 when Donald J. Trump announced he was formally running, in his speech he said: “When Mexico sends its people, they’re not sending the best. They’re not sending you, they’re sending people that have lots of problems and they’re bringing those problems. They’re bringing drugs, they’re bringing crime. They’re rapists and some, I assume, are good people, but I speak to border guards and they’re telling us what we’re getting.” His words unleashed a Pandora’s box of bigotry and empowered racists across the nation. Immigrants who were not white, like the families of many DACA students, were suddenly being blamed for the problems created by income inequality and lack of equitable access to education.

The Deferred Action for Childhood Arrivals (DACA) policy was a measure announced by President Barack Obama on June 15, 2012. Shortly after taking office in 2016, the Trump administration announced a plan to phase out DACA, triggering multiple lawsuits and challenges. Many Hispanics around the country took action in response to this bigotry and organized themselves. A large number of the DACA-eligible volunteers were children and teenagers who volunteered, organized, and canvassed for Kirsten Sinema’s U.S. Senate campaign in 2018. Grassroots action and donations from various organizations, people, and unions showed up to help get her elected. They hoped she would speak up for them in the U.S. Senate and represent their interests. Unfortunately, as we’ve seen, they were wrong.

Hispanics showed up at the polls and voted in 2020, and President Joe Biden and U.S. Senator Mark Kelly both won because of their participation. There was a landslide victory in the special U.S. Senate election held in Georgia for John Ossoff and Raphael Warnock, handing the Democratic party a majority in the U.S. Senate for the first time since President Obama’s 1st term in office. Thanks to the grassroots efforts and Hispanic voter turnout, Vice President Kamala Harris can break any tie votes in this legislative body. When it comes to the issue of discrimination, Senator Sinema has voted with Republicans on many occasions while disappointing those who helped her get elected.

Remembering fairly recent historical events like these brings us to the 2022 Gubernatorial race in Arizona. Many individuals, groups, organizations, and especially the Arizona Democratic Party ignore egregious racism in their own ranks. What does the party want to say about Katie Hobbs? That she is Secretary of State? A Democrat and a woman? The issue is they are leaving out the most important part of her bio-related to the case of Talonya Adams, “A former Black Democratic state legislative staffer was awarded $2.75 million by a federal jury Wednesday November 10, 2021, ruling unanimously that she was fired for complaining that she was paid less than her white and male colleagues in the Arizona Senate. The verdict was Talonya Adams’ second courtroom victory over the Senate regarding her discrimination claims. Adams was fired in 2015 while serving under Katie Hobbs, who was the Senate minority leader at the time.”

On August 10, 2021, Andrew Cuomo resigned as Governor of New York due to harassment allegations, and he was not even on trial. Democratic leaders across the country called him out, pulled their support, and he had no choice but to resign. In the case of Katie Hobbs, there have been two jury trials concluding racial discrimination occurred. Even with two trials, leadership in the Democratic party continues to ignore the dire situation we face in Arizona.

Hobbs is not the only candidate running for Arizona governor in 2022. At the age of 22, Marco Lopez, became one of the youngest Mayors in the country to ever win (Mayor of Nogales). Not long after, he was appointed Director of the Arizona Department of Commerce by Governor Napolitano. Marco was a national security appointee for President Barack Obama, and is a small business owner on track to create 15,000 jobs in Arizona. Marco is working tirelessly to provide 1 million low-income families with high-speed internet to help families access the vital digital infrastructure we all depend on. Marco Lopez is also running for Governor of Arizona in 2022.

When we have a Hispanic running for Governor in Arizona, why are Hispanic leaders and organizations playing it safe and holding off on full-throttled support until after the primary?

We can no longer play it safe and wait until after the primary. That is a feeble excuse given the current circumstances we face as a State with a potential racist taking the top leadership position in Arizona. If Hispanic-led organizations and leaders do not step up, they are losing the opportunity to have a Governor who can motivate Hispanics around the country before the 2024 Presidential election. On the other hand, the Democratic party gambles with Mark Kelly’s re-election bid when women’s reproductive rights are under furious attack by the conservative Supreme Court. Losing a single vote in the U.S. Senate would equate to a complete and total halt of Democrats’ chances to reform the filibuster and protect women’s reproductive health.

The bottom line: if Hispanic Democratic voters in Arizona are not motivated during the primary, they will not participate in the general election. Any potential legislative proposals to protect women’s reproductive freedom will be gone for years, possibly the remainder of the decade. According to a study with 3,056 registered Arizona voters, Republicans win if Hobbs is on the general election ticket because Hispanics are not motivated to participate. Also, according to the data collected, Democrats will win the governorship and retain Senator Kelly’s seat with Marco Lopez on the general election ticket. Katie Hobbs being on the ticket equates to Democratic Senators giving up the U.S. Senate and the 24 committees they preside over to the Republican party.

BEING AFRAID and PLAYING IT SAFE will be the two primary reasons democrats lose in 2022. WAKE UP, and let’s flip Arizona Blue.

Is a political analyst on Mexican & US elections, he is the author of the book “Grassroots: The Sleeping Giant”, he has an Honoris Causa Doctorate and candidate to Ph.D. in Politics with Gender Focus. 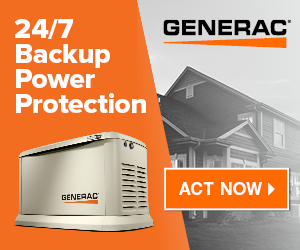